Description: A medium-sized glider with buff-brown fur suffused with black, giving it a grizzled appearance. Its underside is creamy white, varying to dull greyish-buff. Its sandy red tail is broad and flattened, tapering to a point with an extensive black tip. The outer edges of its hind feet have a thick brush of hairs extending from the tarsal joint to the base of the fifth toe.

Distribution: Occurs in north-eastern Afghanistan between metres in evergreen oak and conifer regions. It is also found in the northern North West Frontier Province (including Indus Kohistan) and the Northern Areas down to the foothills of Punjab (including Diamer, Gilgit and Islamabad Districts) in Pakistan, in Kashmir, and in Shimla in Himachal Pradesh in northern India.

It inhabits forests containing Blue Pine (Pinus wallichiana), Morinda Spruce (Picea smithiana), and is widespread in drier forest zones characterised by Deodar Cedar (Cedrus deodara) and Holly Oak (Quercus ilex), which occur in southern Chitral and many parts of Dir and Swat Kohistan. In the Himalayas it is confined to moist temperate forest, which has a mixture of deciduous and coniferous tree species. During winter it may descend into the tropical pine forest zone to 900 metres elevation.

Reproduction: A female may have two litters a year. The young appear to be born mainly in summer months in litters of three or four, and reach full size by early November.

It supplements its diet with pine cones, seeds, leaves, bark, lichen and moss. It appears to be fond of the acorns of the holly oak as well as walnuts. It also eats the young shoots, buds and seeds of young fir trees (especially those of the silver fir in September and October), and will eat the cones of the Blue Pine.

Ecology: Nests within tree holes and caves on surprisingly barren, steep cliffs between where there is little vegetation other than the occasional scrubby birch or juniper.

It may also nest in human dwellings, such as under the roofs of forest bungalows. Glides of over 50 metres have been recorded and it is thought it can glide a considerably greater distance than this down slopes. Predators probably include the Yellowthroated Marten (Martes flavigula) and Scull’s Wood Owl (Strix aluco biddulphi). 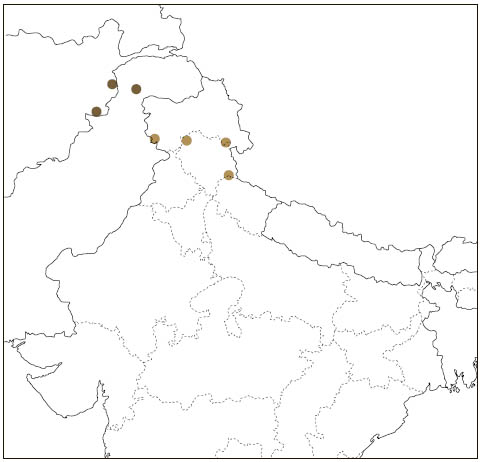 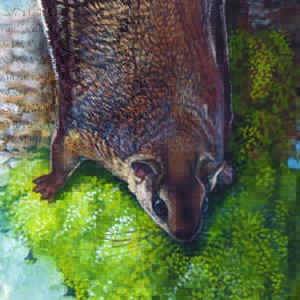 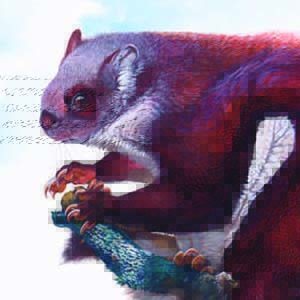