Description: A larger glider, especially for the genus Petinomys, somewhat resembling the Basilan Flying Squirrel but much larger and darker, with a rounder non-flattened tail. Its upper parts are grizzled chestnut-brown, with many hairs tipped with blackish, especially along the middle of its back.

The sides of face and neck are buff-brown, with many hairs black or brownish-black at the tip, and slate-grey at the base. Its ears are very small, with brownish tips, the inner surface for the most part naked, except for a few fine hairs. The tips of its ears are naked on the outside at the top, but well furred towards the base.

There are three prominent long tufts of fur projecting from ear conch, one from below and one from each side, the anterior tuft tending to fuse imperceptibly with that below. It has a prominent, roughly crescent-shaped blackish collar, with long fur, slateblack at tips and slate-grey at base, with under-fur same as in surrounding regions extending from beyond its ears. The edge of its gliding membrane has a fringe of very fine dense fur. Its tail is somewhat flattened. Its upper and lower lips are blackish-brown, its cheeks are buff-brown, and its throat is buff.

Distribution: Occurs only on Dinagat, Siargao and Mindanao islands in the Philippines.

Note: It has previously been considered to be the same species as the Basilan Flying Squirrel, however it now is recognised as a distinct species. 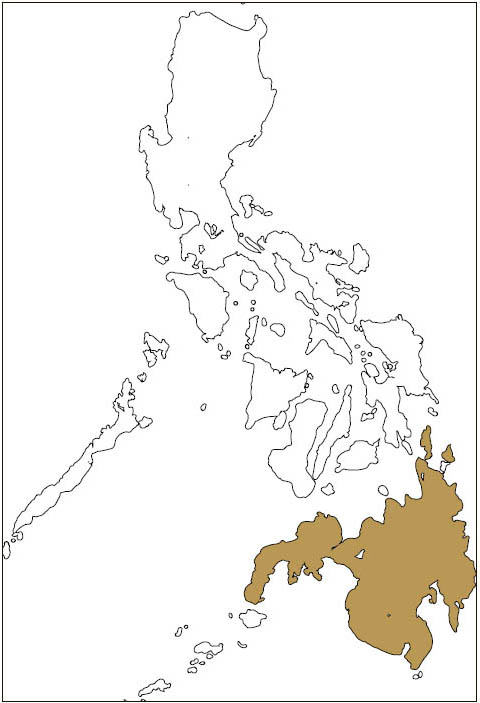 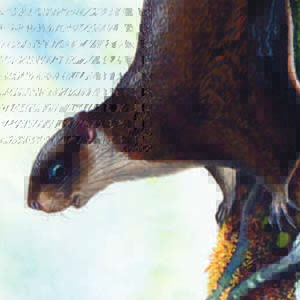 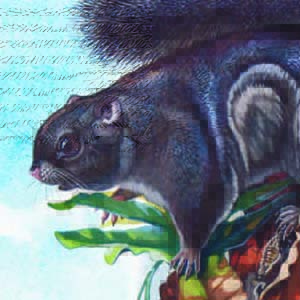 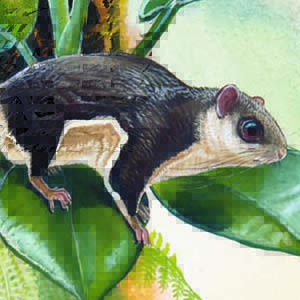 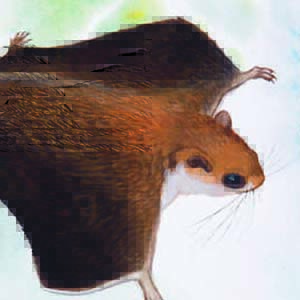