Description: This mouse-sized glider is the smallest species of gliding mammal. Its tail has a fringe of stiff hairs on either side that resemble the barbs of a feather, and its feet have serrated pads that allow them to climb up almost any surface including glass.

The gliding membrane is not as well developed as in other gliders; it extends from the elbows to the knees.

Distribution: Occurs down the east coast of Australia from Cape York Peninsula to south-eastern South Australia. Throughout its range it is generally common and occurs within a variety of forest types including tall forest, wet sclerophyll, dry sclerophyll and woodland forests.

Reproduction: Appears to breed all year in northern latitudes, while in southern latitudes it breeds in late winter, spring and summer. In Victoria, females regularly have two litters of three or four young, which are weaned at approximately 100 days.

The Feathertail Glider demonstrates embryonic diapause — females can become pregnant again immediately after giving birth and the resultant embryo becomes quiescent until the late lactation stage of the previous litter, and the new young are born soon after the previous litter is weaned.

Diet: Consists mostly of nectar and pollen from trees such as Eucalyptus, Banksia, Melaleuca and Xanthorrhoea, but may also include insects and insect exudates such as manna and honeydew. It may sometimes eat sap but this appears to be primarily opportunistic as a result of incisions previously made by Yellow-bellied Gliders.

Ecology: Lives in groups usually consisting of adults with the offspring of one or two litters. A group of two to five is normal although a group of 29 has been recorded. Groups have been found in various enclosed spaces including tree hollows, telephone interchange boxes, bird boxes, nest boxes, old bird nests and deserted possum dreys.

The Feathertail Glider also makes spherical dreys of vegetation, particularly casuarina and eucalypt leaves, bark and tree fern fibre. Females are known to mate with multiple males within a single oestrus and multiple paternities within litters occur. Due to their nest sharing, the presence of reproductive females with several males, and little evidence of prolonged associations between males and females, they are likely to be promiscuous. The Feathertail Glider will enter torpor as a response to low ambient temperatures from the previous day or night. It has a small, short-term home range of

Note: One previously described form is likely to be recognised as a distinct species in the future. 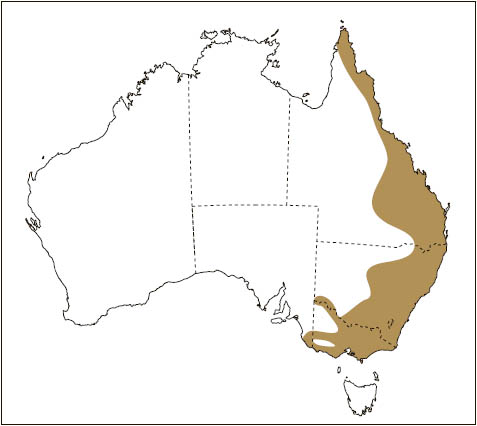