Description: The upper parts of this flying squirrel are brownish-buff, but with the broadly dull black base of its fur showing through everywhere except on its crown. Its patagium is almost entirely black, although the extreme edge is white. Its forefeet are brownish-buff, while its hind feet are much darker — near blackish-brown.

Its tail is brown, particoloured at the base in the manner of most small flying squirrels, the pale portion being creamy buff. The underside of the tail is pale cinnamon-rufous lightening to creamy buff at the base. Its underparts are creamy white, its cheeks are orange-buff, and a continuous black line runs over the point of its muzzle and encircles each eye.

Distribution: Known only from the type locality in Tjilondong, Mount Pangrango, western Java, Indonesia at an elevation of 900 metres.

Ecology: Almost nothing is known of the ecology of Bartel’s Flying Squirrel, except that one specimen was caught when an Altingia excelsa was felled, and another was caught during the making of a forest clearing. 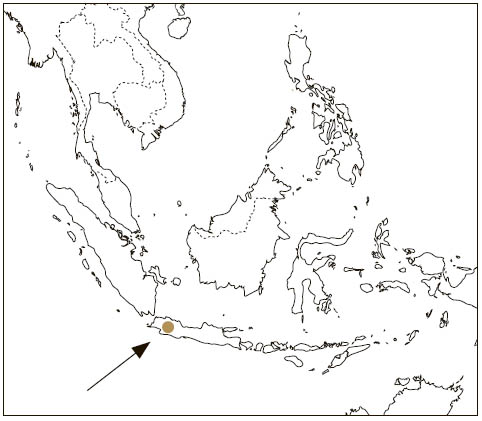 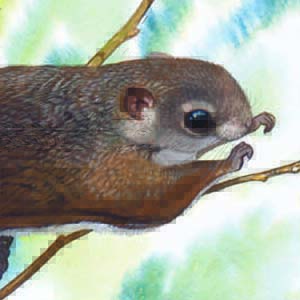 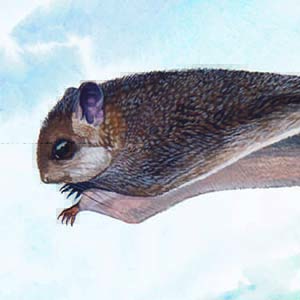 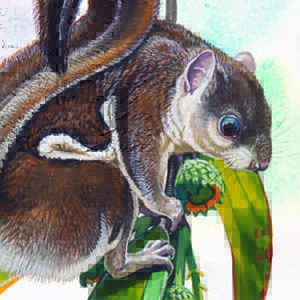