Description: The largest of the gliding marsupials, it has soft, silky fur with large and prominent ears. There are two colour morphs; one is a general dark, ash-grey of variable tone, and is sometimes nearly black all over; approximately 20 per cent are pale grey in colouration. A pure white morph is reasonably common with most populations appearing to have some individuals with this colouration.

Unlike the lesser gliders of the genus Petaurus, its back does not have any distinct markings or stripes. The whole of its underparts are white or pale yellowish. Its tail is very long, evenly furred all the way along, coloured ash-grey or blackish, darkening towards the end. The Greater Glider is distinguished from other marsupial gliders by its gliding membrane that extends from the elbow to its ankle, rather than from its wrist to its ankle.

Distribution: Inhabits the east coast of Australia from south-east Queensland to central Victoria, where it occurs in a variety of eucalypt dominated habitats, ranging from low, open forests on the coast to tall forests in the ranges and low woodland westwards of the Great Dividing Range.

Reproduction: The mating system of some populations is polygynous while others are socially monogamous. Within their home range they nest within different species of eucalypts. The breeding season is short, beginning in March, with births occurring from April to June.

The single young emerges from the pouch after days and may be carried on the female’s back for a further 90 days. Both males and females are sexually mature in their second year of age.

Diet: Feeds almost exclusively on Eucalyptus leaves. Within any particular area it generally feeds on only a few species; however, throughout its entire range, it feeds on a number of species of eucalypts. It has been known to feed on young cones and buds of the introduced Radiata Pine (Pinus radiata).

Ecology: Generally solitary with a home range of  hectares for males and hectares for females. Unlike the lesser gliders, this species is silent and probably communicates primarily through scent marking. The Powerful Owl (Ninox strenua) is a significant predator.

Note: The subspecies Petauroides volans minor and an additional previously described form are likely to be recognised as distinct species in the future. 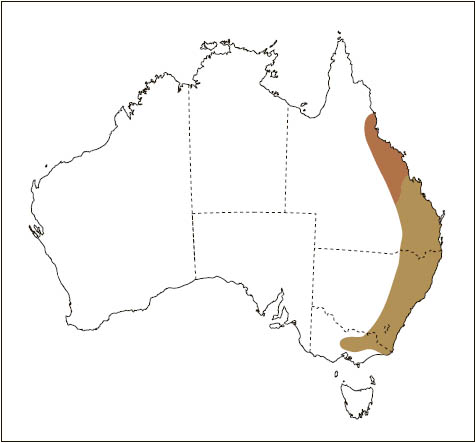 Petauroides volans minor — North of the Tropic of Capricorn in eastern Australia. 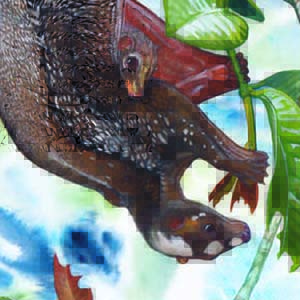 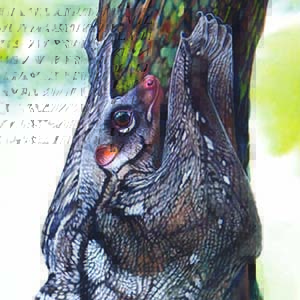