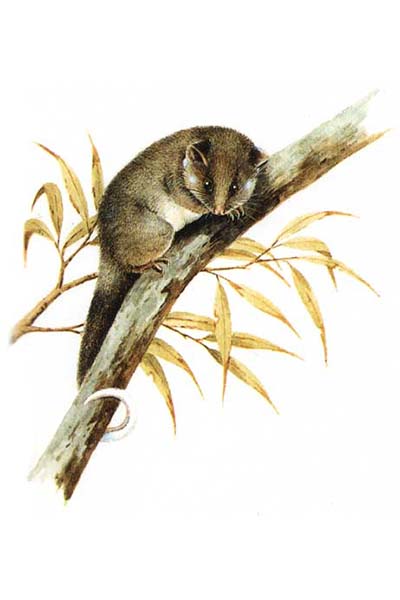 Pseudocheiridae is a family of arboreal marsupials containing 17 extant species of ringtailed possums and close relatives. They are found in forested areas and shrublands throughout Australia and New Guinea.

Physically, they appear very similar to the pygmy possums, except for their greater size. Even so, they are relatively small animals, with the largest being cat-sized, and they weigh between 200 grams and 2 kilograms. They have grasping hands and feet with opposable first toes on their hindfeet, and, in all species save the greater glider, a prehensile tail. They are nocturnal, with large eyes.

All species feed almost entirely on leaves. To enable them to digest this tough and fibrous food, they have an enlarged cecum containing fermenting bacteria, and, like rabbits, they are coprophagous, passing food through their digestive tracts twice. Their teeth include a battery of grinding molars, and they lack lower canines.