Description: Distinctive for its large size, long, relatively short-haired tail, and buff to mahogany-brown belly. It is easily distinguished from the smaller Squirrel Glider that occurs nearby (but does not appear to overlap with it), and may be distinguished from the much smaller Sugar Glider by its much greater length and body mass.

Distribution: With one of the smallest natural distributions of any mammal, the Mahogany Glider occurs only in the narrow, highly fragmented band of vegetation from the Hull River near Tully to Ollera Creek (some 40 kilometres south of Ingham) in north Queensland, Australia. This is an area with a total distance of only 122 kilometres north to south and some kilometres wide. Its distribution is largely surrounded by the Squirrel Glider which is known to occur within 26 kilometres to the south, west and north-west.

Neither species appears to occur in the extensive rainforest to the north. Within its region, the Mahogany Glider is found in open woodland composed of a diversity trees including Eucalyptus, Lophostemon, Melaleuca, Corymbia, Acacia and Albizia. Its occurrence appears to be correlated with the presence of Clarkson’s Bloodwood (Corymbia clarksoniana), Poplar Gum (Eucalyptus platyphylla) and open habitat with a small mid and upper canopy cover.

Reproduction: Breeds between April and September/October. One or two young are born at a time; the average litter size is 1.55.

Diet: Nectar and pollen from trees such a Eucalyptus, Corymbia and Melaleuca and insects. It feeds also on sap from White Siris (Albizia procera), Black Wattle (Acacia mangium), Northern Wattle (Acacia crassicarpa) and Red Wattle (Acacia flavescens), acacia arils (including those from Acacia flavescens), and mistletoe fruit from Amyema and Dendrophthoe. It relies on the seasonal cycles of flowering and fruiting to provide the different food items sequentially throughout the year.

The average home range within continuous habitat is approximately 20 hectares; an individual may travel (average 1500) metres per night. The average density of animals is 0.24 per hectare in continuous habitat and 0.16 per hectare in fragmented habitat. The typical overlap between home ranges of their den mates is 86 per cent compared with only 11 per cent with non-paired individuals, suggesting they form socially monogamous pairs.

Status: Endangered due to the large amount of its habitat which has been cleared, the small amount of habitat protected within national parks, and the high likelihood of further clearing. 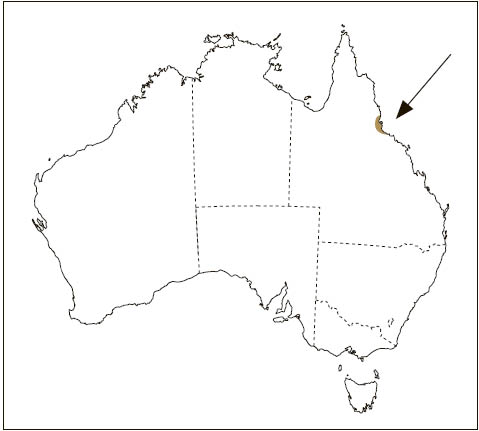 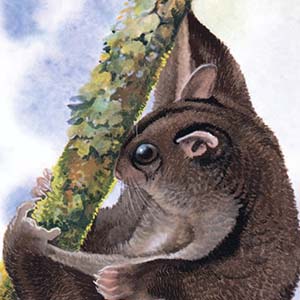 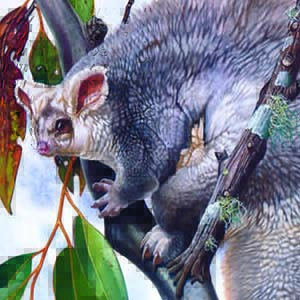